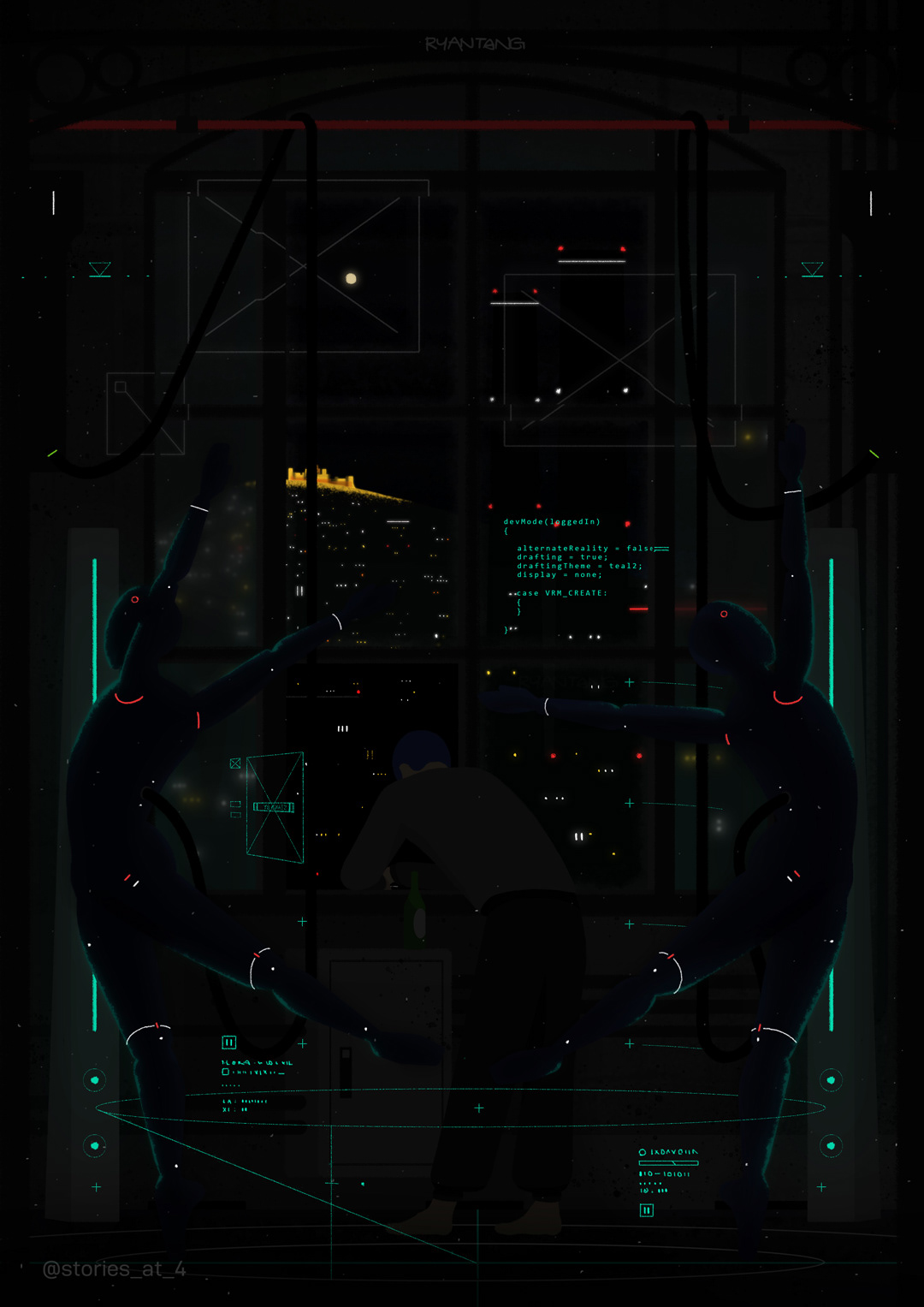 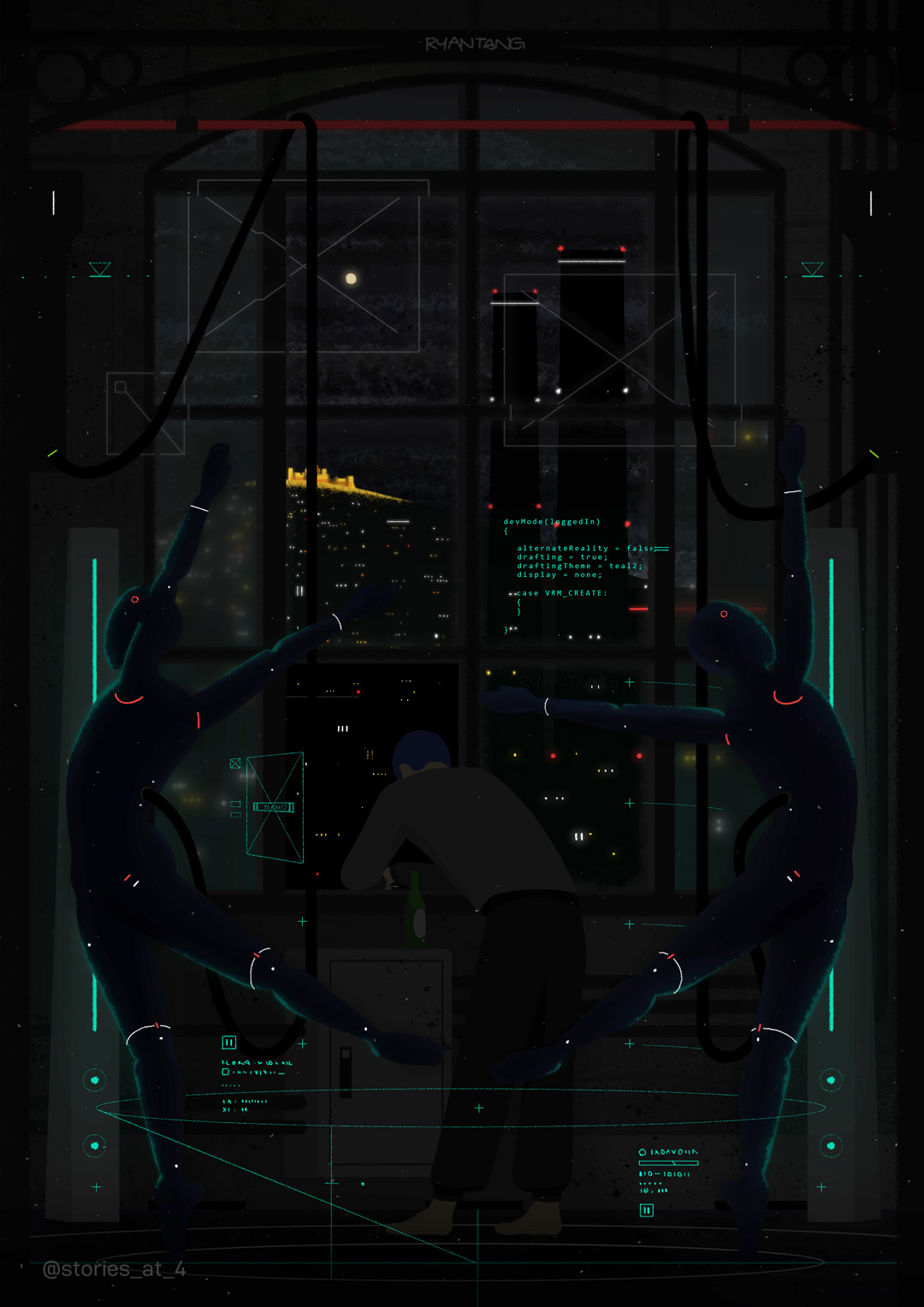 № 7.
Three Dancers
"Backup completed. Continue editing? Y / N"
_
It's this late. I have not noticed it at all.
The city had not make a sound this whole time. The timer says I've been at it for 6 hours straight. Not until an hour ago had I noticed it, when the meds finally worn off.
There's some sound now, gas and metal from the factories next door, losing strength and fidelity squeezing through bricks and pipes. It's vague and sporadic, possibly waking up from the night just few hours before dawn.
Yes, the beer.
I left the window to fetch it across the room, promptly it's dimly lit up through motion sensors and holo-beams. Florescent light strings would cut me into hundred pieces if they are more potent laser, but no, here they are just for show. Here only desperation and a broken window on the 20th floor would kill.
It's getting more difficult to move my legs. I've accustomed to the pain, but the disease is paralysing the muscles all the same. Another dose will have to wait because I already pop the beer open.
When I return to my spot at the window, the warmth had faded from where I leaned on. Hazy moonlight remains chilling even though it's June, drawing a fainted silver outline on the city districts afar. And on the Palace.
Right there. All that's happened, all those could've been different, and all that's not meant to be. All that she and I got going on full throttle ahead and upwards, and met the end so abruptly, all right in the Inner Courts of the Palace.
Performance was my everything. One form of art and expression which is so full of life and soul. It was shining, I was shining, even in parallel comparison to the Palace's glamour.
I put down the empty bottle, acknowledging the stark contrast between my boiling mind and the mumbling city over my ears. The far lights blink, briefly synchronised with the mechanical hiss from the two poorly-assembled power supply units. The factory having more sounds joining its symphony, but there is still no light coming from any of the windows.
/
Ryan Tang, 29072020
↑Back to Top