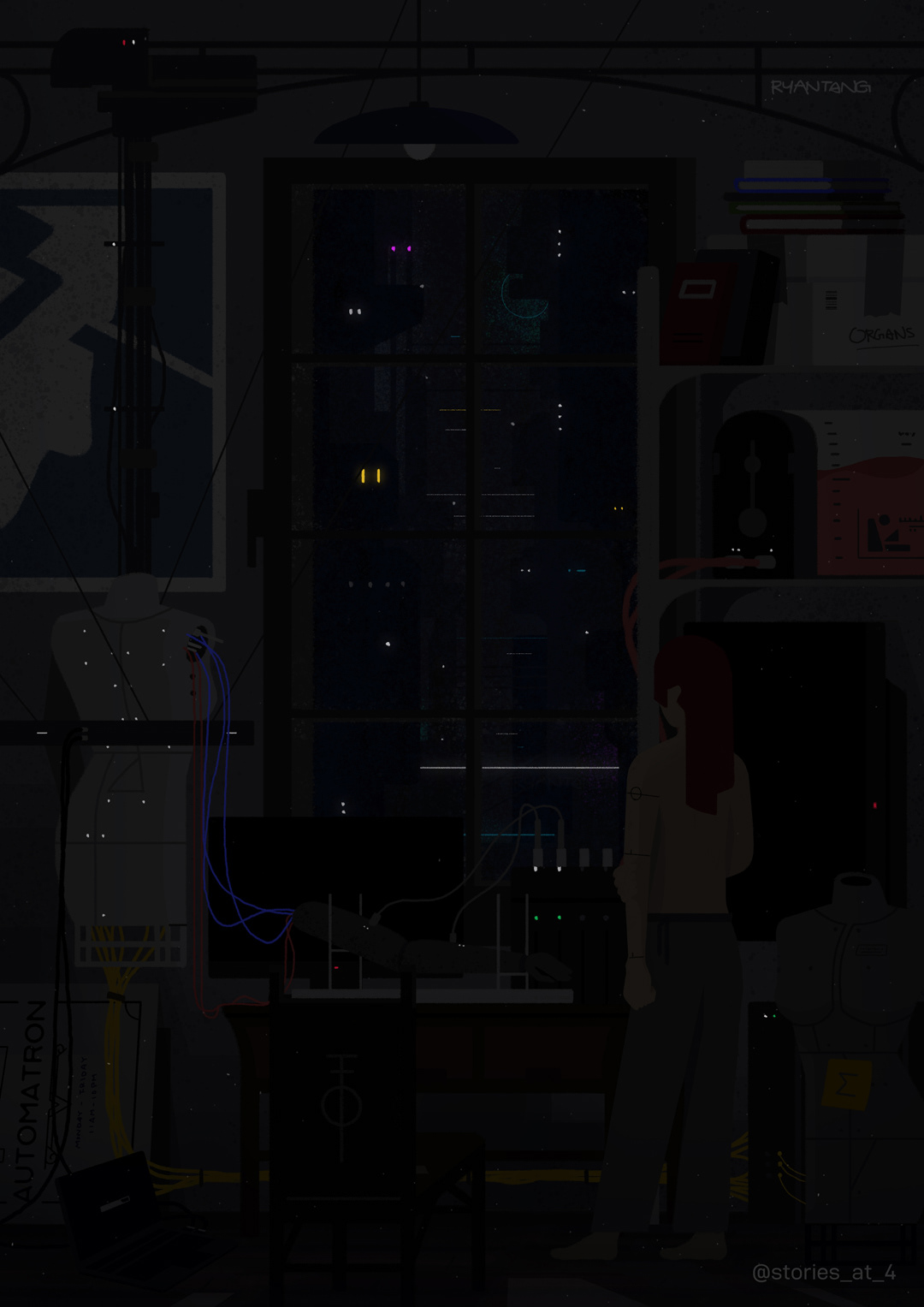 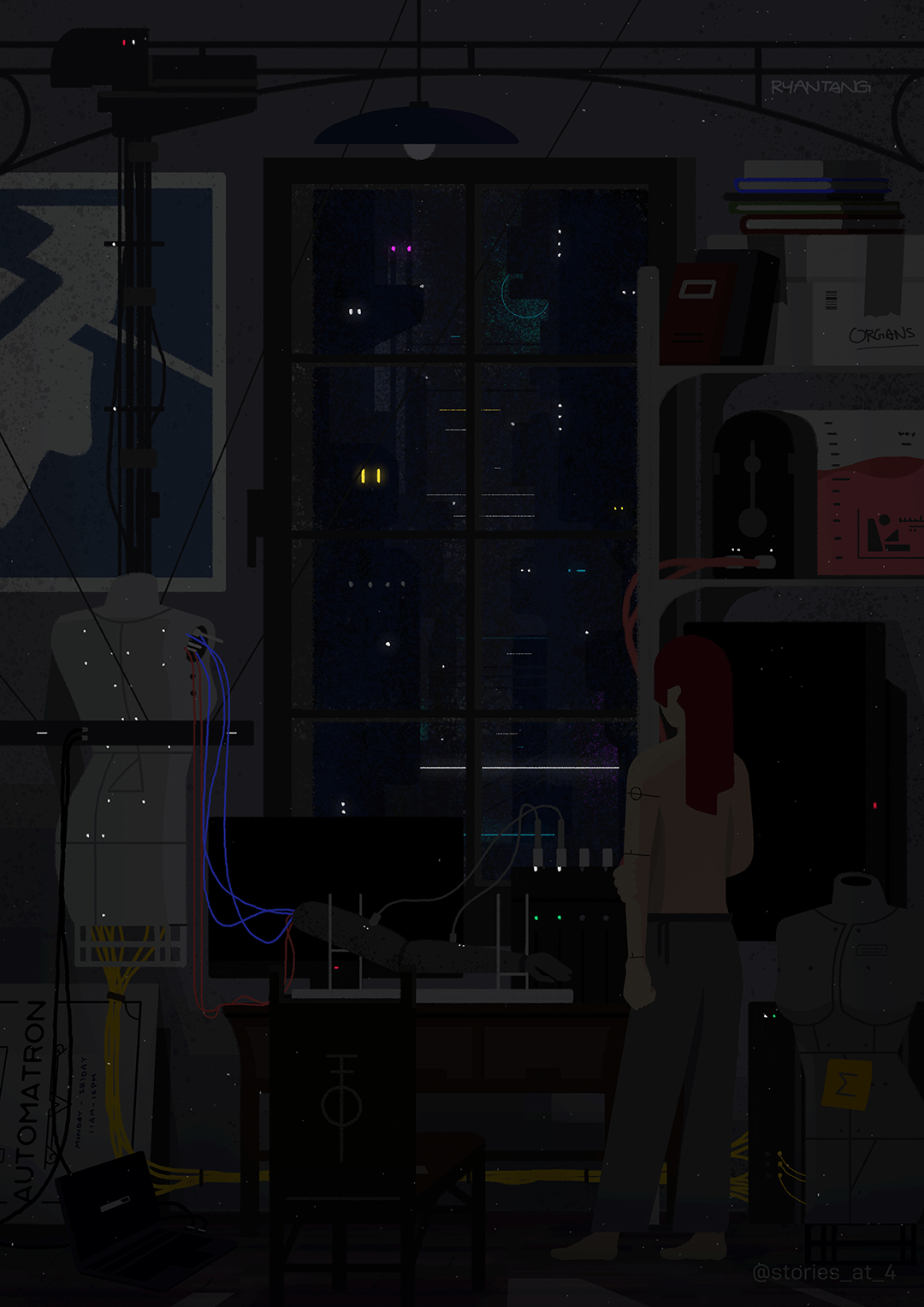 № 3.
The Robotics
"Citizens of Shoemaker-Levy 9, attention please."
"This rotation marks the 20th consecutive years S-L9 has been in operation, enabling trades and cultures all around the Andromeda to converge and thrive, together in unity under the banner of freedom and prosperity, since the dawn of the Collective."
(a brief pause)
"Thus, the Governing Office has decided the celebration to go ahead amidst the solar flair risk from the Twins. The GO assures the public the risk will be minimised through the newly installed Barrier arrays. Logic sees the risk as negligible.”
“Due to this reason, and to allow more capacity in traffic and gathering, sector Harrow-Newton 4, Harrow-Opsum 4, and Newton-Opsum 2 will be connected to Array Arm 2;
Square 4, 5, 6, and 7 will be connected to Square 8. The vacancies will be filled by Stem modules for traffic and resource rerouting, and Square 1 to 3 are reserved for ceremony and celebration preparation.”
“Layouts of Level 3, 5, and 8 will be heavily affected. Logic estimates 71% of the citizens in the three levels will need remapping of their daily routines. However all citizen of S-L9 is advised to inquire Logic of your situation for the ne"
*
The PA cuts off.
Vince gives out a long sigh. Water vapour from his breath escaped into the hazy neon light from outside the window, vanished within milliseconds. The air is purified and artificial, no particles can be seen even under volumetric lights, no excessive moisture to diffuse any types of light.
It’s time to get out of bed. He drags his unwilling body to the end of the bed in a curl.  He rises, one part of body at a time until he is sitting upright, facing the window, and decided to not turn on the lamps because he doesn’t want to move his left arm just yet.
Perhaps out of habit, he reaches with his right hand to the back of his head.
Underneath his red long hair, his fingers are met with an array of metal pins. 16 square millimetres across and 1/10 thickness of a human hair, it's a mesh of hundreds of nodes connecting to a single line under the skin. He traces the line down to his left shoulder, right on the back of the joint is another array.
And then there’s nothing else. He stopped there, feeling the warmth from his fingers being transferred to the alloy. For some people it's a cup of coffee, or a 30-minute jog, or swiping the news on the glass. But for Vince Delta, this is his morning ritual.
Few moments passed. He then whispered: “Unfortunately I’m still alive.”
Something switched on in the arm in an instance but he can’t see it. He moves the arm, it moves exactly where and how he wants it, in an almost predictive fashion.
Another day, woken up by stupid PA. He thought as he pushes himself up and away from the bed, stretching his neck and legs. A bright line of white text projected on the wall writes silently: “I wanted to mute it from the start but the GO locked me out until two minutes in.”
“Next time play some music into my head so it’s not that annoying.” He thought while putting on pants and calibrating motor function on the arm. “And V, let's catch up in an hour. I want this hour for myself.”
The text on the wall flashes twice and Vince hears a door being firmly and gently closed behind him in his head. The system acknowledged his command, left him to the company of the lingering darkness.
/
Ryan Tang, 16052020
↑Back to Top